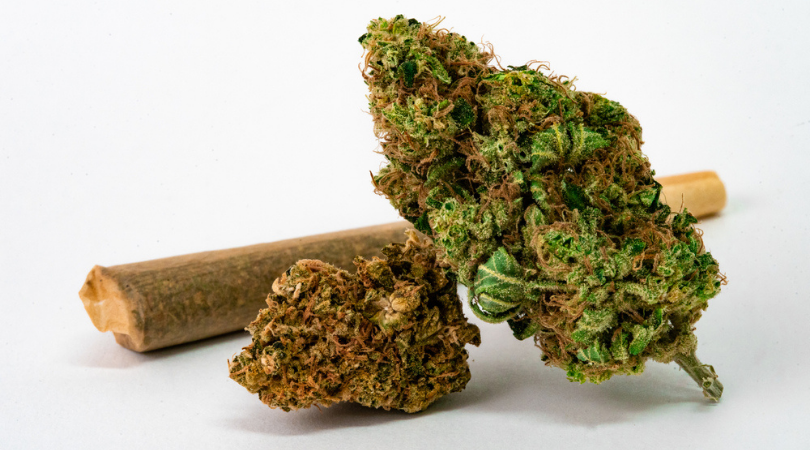 Breeders have raised the potency of weed strains over the years, progressively increasing THC levels from about 10% up to 30%. This means that the modern pot user can perhaps handle more THC than the oldie stoners could back in the day.

The question on most users’ lips is, “Which cannabis strain has the highest THC content?” The answer to this question often changes because new breeds released every year usually surpass earlier records.

Before learning about the weed strain with the highest THC content, let’s first look at what THC is.

THC is an acronym for tetrahydrocannabinol. It is responsible for cannabis’s psychotropic effects. The resulting “high“ after consuming cannabis is attributed to THC. The higher the THC levels, the stronger the high. This is referred to as potency.

THC is one of the hundreds of cannabinoids present in cannabis. Both THC and CBD are the main chemical compounds associated with the weed plant. THC particularly interacts with the user’s endocannabinoid system. It binds to the cannabinoid receptors (CB1) in the brain and triggers neurons that influence thinking, memory, pleasure, time perception, and coordination.

So what is the highest THC content strain at the moment?

Future weed strain is a potent crossbreed between Gorilla Glue #4 and Starfighter 2. It is a product of Exotic Genetix and is a well-balanced hybrid containing 50% indica and 50% sativa. The average THC content is 28%. However, recent repeated laboratory tests have recorded the highest THC level ever.

The strain, labeled Future #1 was grown by 7 points Oregon, a Portland-based indoor cultivation facility. It underwent laboratory testing at MRX Labs, which conducted repeated tests after the initial sample results before they went public. The lab test results revealed a record THC content of 37.28%.

It didn’t come as a surprise when the public reaction to the 37.28 % THC content was varied, from surprised and inquisitive to doubtful and worried. According to 7 points, MRX is an ORELAP certified laboratory. They were duly cautious when the lab findings came in. So they conducted quality control tests up to four times to verify everything before reporting.

According to MRX, this was the strongest strain sample they’ve ever tested. This means Future strain recorded the highest THC level ever seen. Usually, the common belief is that the highest physical limit of tetrahydrocannabinol is 35%. It is believed that the high resin production of Future #1 makes it feasible for the strain to surpass this limit.

Future weed strain is synonymous with its medium-sized flowers that are round-shaped. Although it is an evenly balanced hybrid, its structure resembles more of an indica than sativa. As such, its small leaves wind closely inward to the central stems. A dark, emerald green pigment characterizes the tightly-twined leaves lined up with orange hairs or stigmas. They’re also coated with several cloudy white trichomes.

The strain produces a tasty berry fragrance and a faintly dank aftertaste. It also gives off some unique hints of lemon. Ground-up buds produce a skunkier scent.

The strain has an appetizingly yummy and dank berry, lemon taste. It also comes with a strong skunky overtone which quickly becomes sour when you exhale. Users describe it as tasting like sour lemons, sweet berries, and herbs.

Effects of the Strain

Connoisseurs mention the superb effects of smoking these buds. Initially, you experience a sharp rush of euphoria, which may get your creative juices flowing. However, consuming Future #1 requires you to clear your schedule if you have something planned. This is because of its high sedation. Some of the varied effects include:

Because of the high THC levels, Future#1 is claimed to have therapeutic benefits for medical patients.

If you have a high tolerance level, you can consider cultivating high THC strains and increasing the THC levels as you please. To do so, consider the following five factors:

Choose the right genetics as it determines the level of THC your strain will contain. In this case, get the Future#1 seeds to give yourself the best prospects of producing the strongest weed.

As the weed plant enters the flowering stage, it usually has a 2-3-week timeframe when the bud has the highest potency. If you want the highest THC marijuana, this is the ideal time to harvest your crop. And when the plant matures and reaches almost the end of the flowering stage, you need to constantly check its trichomes. Any signs of the trichomes turning milky white and most of the pistils turning dark and curling in mark a good harvest time for maximum THC levels.

Light acts as food for weed plants. Lack of enough good quality lighting will see your plants not grow to their maximum potential. For your high THC strains, consider using high-intensity lights like HID or LED bulbs as indoor light sources.

For outdoor growth environments, the trick is to time your growth. For instance, the ideal time to plant your seeds is between March and May, as it will afford your plants enough daylight during the flowering phase of growth.

After drying your buds after harvest, you need to cure them to improve both potency and flavor. The best practice is curing flowers in jars or containers for a few weeks.

Future#1 has the highest ever recorded THC level at 37.28%. Seldom do you see strains exceeding 30% at dispensaries. It’s certainly a strong strain that can blow your mind with euphoria or provide respite from persistent medical symptoms.