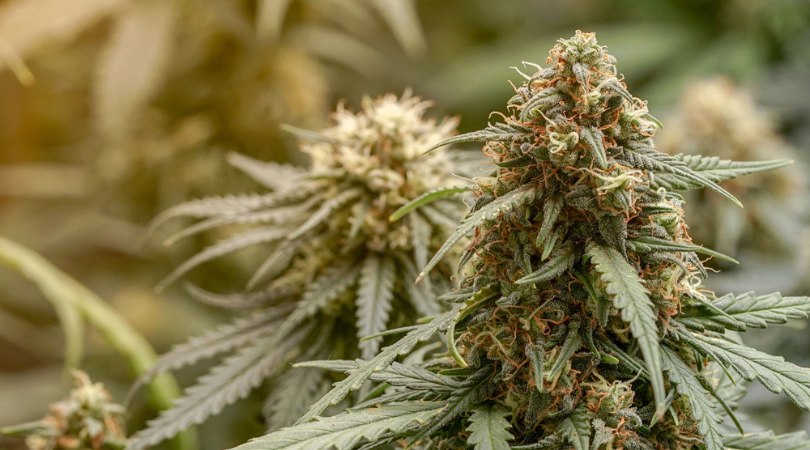 Every marijuana strain is different – particularly when it comes to taste, smell, and the effects they offer. These differences often come down to the individual components of each strain. And while levels of cannabinoids such as tetrahydrocannabinol (THC) and cannabidiol (CBD) for the effects offered by each strain, cannabis terpenes also play a very important role.

You might not hear about the terpenes in marijuana quite as much as you hear about cannabinoids, but they’re a big part of what makes each strain of weed unique. These naturally-occurring components are largely responsible for the aroma and flavor of each strain. They also contribute to each strain’s effects. So what exactly are cannabis terpenes and what do they do? Here’s a breakdown.

What Are Cannabis Terpenes?

Terpenes – also known as terpenoids – are naturally-occurring aromatic compounds. Terpenes can find these in all kinds of plants, from flowers to herbs and even fruits and vegetables, and they’re also responsible for the aroma of these plants. Terpenoids are also abundant in cannabis plants, hence why each cannabis strain smells and tastes different.

Hundreds of terpenes have been identified in cannabis strains – although only a handful are particularly common. Every strain has a unique terpenoid profile made up of a range of terpenes. For instance, one strain might be high in limonene, pinene, and caryophyllene while another might have high levels of myrcene, pinene, and linalool.

As you become more familiar with cannabis terpenes, you might notice how much they impact the smell and taste of each strain. For instance, citrusy strains are generally high in limonene whereas musky, earthy strains are usually packed with myrcene. However, terpenes don’t just add to the flavor of cannabis strains – they can also contribute to the effects of each strain.

What Do Cannabis Terpenes Do?

While terpenes are responsible for the scent of each cannabis strain, they’re not just there to smell good. Research shows that terpenes can also offer a range of benefits when consumed. While these benefits aren’t quite as noticeable as what you’d get from cannabinoids like THC and CBD, they’re still helpful.

For example, pinene is said to help with physical issues such as pain and inflammation. Limonene is said to counteract mental issues by enhancing your mood. You can get these benefits from herbs, fruits, and other plants containing terpenes, but the same applies when you smoke, vape, or consume cannabis.

Terpenoids work particularly well in cannabinoids, offering a range of entourage effects. For instance, the mildly calming effects of linalool work especially well when combined with THC and CBD. That’s why terpenes in cannabis are so important and why you’ll occasionally see the terpenoid profiles of cannabis strains mentioned when referring to the effects and benefits they offer.

Terpenoids vs. Cannabinoids: What’s the Difference?

Terpenes generally don’t bind to receptors in your body (although caryophyllene also acts as a cannabinoid) and don’t induce the kind of powerful effects you’d get from a cannabinoid like THC. However, they contribute significantly to the smell and taste of each strain while also adding to the effects that each strain gives you. The synergy between terpenes and cannabinoids is what makes each strain special.

Although researchers have discovered hundreds of terpenes that are present in cannabis, some are more common than others. There are a select few terpenes that are especially abundant in cannabis strains, and these are largely responsible for the aromas of your favorite strains. Here are some of the most important cannabis terpenes.

Myrcene – Myrcene is the most common cannabis terpene and makes up 65% of the terpenoid profile of some cannabis strains. It has an earthy, musky aroma, so if your strain smells particularly earthy it’s likely high in myrcene. Myrcene is also said to contribute anti-inflammatory, anti-bacterial, anti-fungal, antiseptic, and analgesic effects.

Limonene – Limonene is the second most abundant cannabis terpene. Not all strains have it, but it’s especially common in fruity strains. It’s also found in citrus fruits so it’s no surprise that it contributes a citrusy aroma and taste to weed strains. Limonene is also said to provide mentally-uplifting effects, making it helpful for depression, anxiety, and mood problems.

Pinene – Pinene is another extremely common terpene. It’s also found in pine trees, rosemary, basil, and parsley. It has a woody, pine-like scent and a herbal taste. It’s said to enhance airflow, reduce inflammation, enhance focus, and even counteract unwanted side effects of THC such as memory problems.

Linalool – If you’ve ever noticed a flowery scent in your weed strains, it’s probably due to linalool. This floral terpene is also found in plants such as lavender, laurel, and birch. Aside from its alluring aroma, linalool is said to help with inflammation, arthritis, depression, seizures, and even cancer.

Caryophyllene – This peppery, spicy terpene is also found in basil, oregano, pepper, and cinnamon. Caryophyllene is notable as it’s the only cannabis terpene that’s also a cannabinoid. It binds to cannabinoid receptors in the body and is said to have anti-inflammatory, anti-anxiety, anti-convulsant, and sedative effects.

Terpenes are organic compounds that contribute to the aroma and taste of various plants. They’re abundant in cannabis and also work in conjunction with cannabinoids to contribute to the effects of each strain. The best way to sample terpenes is by using cannabis flower, concentrates, or even vape products. Fortunately, customers in NY and DC can find these products at Purple Penthouse.