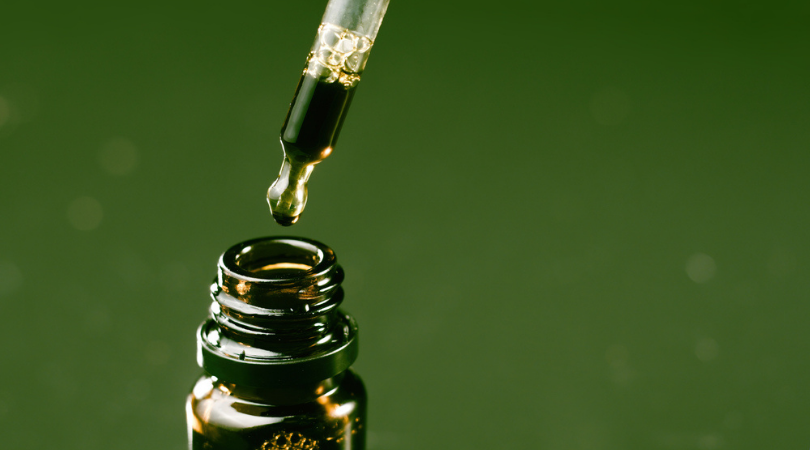 Do you have trouble sleeping? Try some CBD. From relieving pain and anxiety to helping with sleep disorders, there seems to be nothing CBD can’t do. And although there’s still not much scientific evidence to support its efficacy, numerous people are jumping onto the CBD wagon to help with their sleep problems.

If you’re thinking of using CBD for better sleep, read on as we tell you everything you need to know about it. But first, let’s have a look at what CBD is.

CBD (cannabidiol) is one of the 80 known cannabinoids derived from cannabis. Unlike THC, it does not evoke the psychoactive effect associated with marijuana.

CBD is legal in the United States as long as it’s derived from the hemp plant and contains less than 0.3% THC. It’s available as a full-spectrum oil (meaning it contains a variety of cannabinoids, essential oils, and terpenes) and as a crystalline isolate (contains CBD only).

The isolate form was previously thought to be the best, but new research suggests that the compounds in the full-spectrum oil work synergistically to create a compounding effect.

How Does CBD Work to Make You Sleepy?

The system manufactures endogenous cannabinoids that serve as chemical messengers, but using cannabis products produces the same effect. Various research shows that people who suffer from endocannabinoid deficiency may have difficulty sleeping.

It is still unknown how cannabis improves sleep, but scientists believe that it has something to do with how endocannabinoids interact with receptors, proteins, and chemicals in the brain. Endocannabinoids are thought to influence the activity of various neurotransmitters, hormones, and other cells that affect things like emotional regulation, sleep cycle, and pain.

Another possible contributor to CBD’s efficacy in improving sleep is terpene myrcene, which is found in high-CBD strains. Myrcene is also found in other sleep-inducing herbs like hops and is thought to have sedative effects.

How Do You Take CBD Oil for Sleep?

Well, we still don’t have a general rule of thumb for the mode of intake and dosage, so experts can only speculate. But if you want to give it a shot, experts suggest starting with 25 milligrams, then working your way up as needed. It should be taken at least two hours before going to bed.

There’s also the question of which form of CBD is best for sleep. Since there are only two intake methods (smoking CBD flower and taking CBD oil), you get to choose which method you prefer best. But if you want to keep your throat healthy, we suggest taking CBD oil.

So, Does CBD Have an Impact on Sleep Quality?

Yes! CBD may help improve the quality of your sleep by decreasing the amount of time it takes to fall asleep, increasing the length of deep sleep, and minimizing some of the factors that interrupt sleep.

CBD might also be instrumental in shifting your body from REM sleep into deeper NREM sleep. Studies have shown that it might also benefit people with certain sleep disorders that disrupt REM sleep. Patients with Parkinson’s disease, for example, have shown an improvement in REM sleep cycles when treated with CBD.

Can You Take CBD Oil Alongside Sleeping Pills?

For many insomniacs out there, the journey to a good night’s sleep is long and winding. If you’re one of them, you might be contemplating taking your normal sleeping medication along with CBD oil.

There isn’t much research on the effects of mixing CBD oil with sleeping pills. Still, some evidence suggests that CBD could significantly impact the effectiveness of various medications in the body. As such, you should consult your doctor before taking any sleeping pills alongside CBD oil.

Studies show that the effectiveness of CBD on sleep is dose-dependent. Lower doses tend to have a stimulating effect, whereas higher doses have a sedating effect. One study involving insomniacs found that moderate doses of about 160mg per day increased their total sleep time and reduced the number of awakenings during the night.

Generally, short-term use of CBD may alleviate insomnia by reducing the time it takes to fall asleep and increasing the duration of NREM sleep. That said, it is important to note that long-term use may lead to dependency, with sleep disruption as the primary withdrawal symptom.

Is It Safe to Use CBD Oil for Sleep?

Despite its growing popularity, there is still very little research about its safety, effectiveness, and optimal dosage. Its previous classification as a Class 1 controlled substance made research very difficult due to a lack of federal funding. Also, since CBD products are not regulated by the FDA, it is difficult to know exactly what is in each bottle, despite what it says on the label.

One of the most common side effects of using CBD oil is drowsiness, which could impact safety and job performance and impair driving. And depending on the amount of THC in the product you use, it is possible to fail a drug test at work after taking it.

The 2018 Federal Farm Bill opened doors for numerous cannabis investors, who introduced CBD oil to the mainstream. Since then, CBD has gained tons of popularity, especially among insomniacs. Now, there’s a healthier way to get your beauty sleep. But until further research is conducted, you should use it responsibly and in moderation.