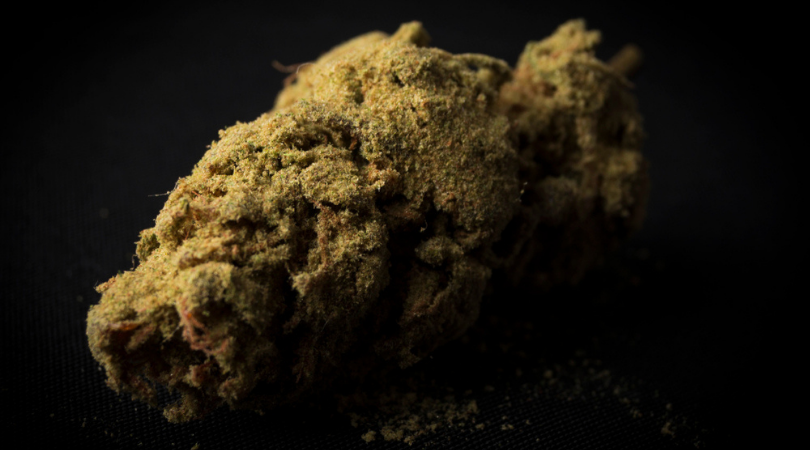 Have you ever wanted to get so high that you couldn’t feel your legs? You probably haven’t reached this point yet because you haven’t tried Moon Rocks. As the name suggests, they make you feel like you’re on a spaceship headed to the moon. They’re basically the “martini” of the ganja world.

Moon Rocks are highly potent yet affordable cannabis products that every weed enthusiast needs to try out. You need to go slow with these ones if you’re a beginner. They are not like your regular cannabis strains. They can send even the most seasoned stoner flying extra high.

Check out our step-by-step guide that will moonwalk you through the process of smoking Moon Rocks properly. But before that, let’s define what Moon Rocks are and how to prepare them.

What Are Moon Rocks?

Moon Rocks are weed buds covered with hash oil or concentrates and rolled in kief. They boast up to 51 percent THC levels, which makes them highly potent than most marijuana strains. To make you understand just how strong Moon Rocks are, most popular weed strains have THC levels ranging from 23 to 28 percent – a substantial 20 percent difference.

This isn’t to scare you, but Moon Rocks pack a powerful punch that will knock you off your feet. The good news is that you don’t have to purchase them at a store. Order your ingredients, and we’ll guide you on how to make them at home. This way, you can control the potency by changing the ingredient quality.

What Are the Effects of Smoking Moon Rocks?

Moon Rocks vary in potency depending on how they’re made or who makes them. Whatever potency they have, these buds bring an epic sensation when appropriately smoked. They produce immense-sized clouds making every hit come with a whole new experience.

Here’s why you need to try Moon Rocks;

Besides getting you high, Moon Rocks also pack great health benefits such as reducing nausea and anxiety. The effects can be tweaked by adding CBD products such as bud and oil in the mix, rather than using THC products only.

How to Prepare Moon Rocks

When purchasing your strains and oil, you should consider their effects. For example, combining two strong sativa strains delivers higher effects than using a sativa oil and an indica flower. And if you’re trying to achieve a mellower experience, you should use a high-THC strain with CBD oil. Kiefs usually don’t have any significant effects.

The next thing is to get straight into making your Moon Rocks. Follow these four steps to achieve great results.

As discussed before, complete novices shouldn’t rush to smoking Moon Rocks. The powerful punch they pack isn’t beginner-friendly. Thus, it’s best to know the perfect way to smoke them before you attempt to. Knowing the dos and don’ts helps you prepare for an unforgettable Moon Rocks experience.

Moon Rocks are greasy and thick, so they require different handling from the usual flowers. Use glassware and ensure proper airflow by packing the bowl loosely when inhaling. It also helps prevent clogged bowls. Pick a smaller bowl than the one you use for your usual flower to get the best results.

Smoke It With Some Flowers

The greasy texture of Moon Rocks makes them difficult to light. Smoking them together with some flowers can simplify everything for you. It also helps make the smoking experience more intense. However, be careful not to obstruct the airflow since air is essential here.

Smoke After Finishing Your Daily Tasks

Moon Rocks aren’t like your regular haze. You can’t smoke them and get ready for action. Once its high kicks in, you’ll pass right out and wake up feeling disappointed about your wasted time. So if you have any task planned out for the day, you might want to think twice before smoking Moon Rocks.

Moon Rocks are definitely worth trying out. But before you get excited, remember we warned you about them. Start slowly but be ready for a wild ride once things escalate. The best thing to do is clear your schedule first before you start smoking. Otherwise, you won’t be able to do anything if you have a busy day ahead.

Moon Rocks are perfect for smoking after a hectic day. You also won’t get disappointed if you want to get super-duper high. And now that you can prepare them at home, you can make your Moon Rocks just how you enjoy them. 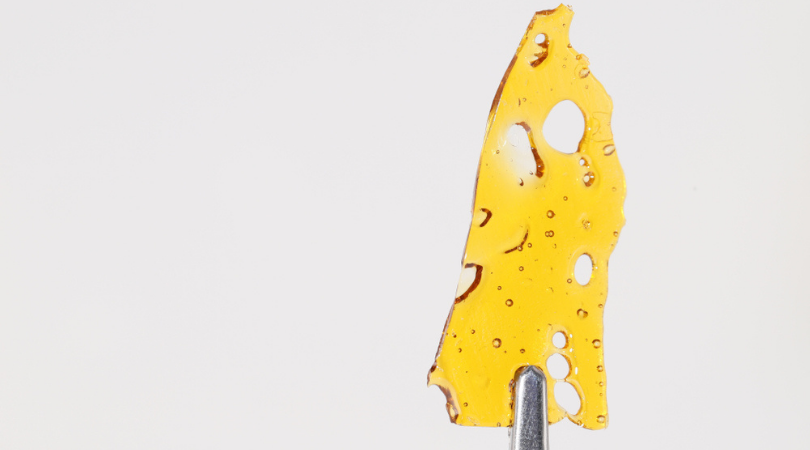 The legalization of marijuana is happening in more and more places in the United States. This is making it increasingly easy to purchase very potent cannabis concentrates, such as shatter. This product is growing in popularity among marijuana users. However, before you purchase or order any cannabis product, you need to understand what it is and how it differs from other marijuana products.

Do you know how to smoke weed shatter? Many cannabis enthusiasts do. Shatter may not be your favorite method of cannabis consumption, but it is a good idea to learn how to drive both manual and automatic transmission vehicles. In the same way, you might want to learn how to consume all and any forms of cannabis, in case you might need or want to one day.

When it comes to CBD and THC potency, there is no significant difference between these weed concentrates. All of them provide a long-lasting high, and the only difference is in their form and appearance. Many cannabis users looking for a stronger hit believe that shatter is the future of cannabis.

Often, shatter is brittle and relatively clear, while weed wax is more solid than liquid and looks like cold coconut oil. What determines the difference in appearance is the arrangement of molecules within the concentrate.

What Is Weed Shatter?

This is a translucent or transparent cannabis concentrate that looks a lot like a Jolly Rancher or rock candy. It has a glassy appearance and tends to shatter when snapped into two. It is a favorite among dabbing enthusiasts.

These efforts result produce an amber liquid that solidifies into the final product once cooled. This product tends to have the consistency of tiny peanut brittle. The transparent quality of weed shatter will depend on the temperatures applied during the extraction and finishing processes and other factors.

To make the process more understandable, think of the amber liquid’s molecules as Lego bricks. These bricks, when it comes to shatter, stack up neatly, as if you just built a wall. This neat alignment allows light to pass through, which gives the product a clear and brittle appearance.

With a THC content of around 80 percent, shatter is legal for recreational use in several states. Users can purchase it or request home delivery from licensed marijuana dispensaries. However, drug officials in many states are still unsure of how to deal with cannabis concentrates.

Now that you have a better idea of what weed shatter is on a molecular level, you need to learn about other important factors before you try it out. These include:

Difference Between Shatter and Wax

Nevertheless, weed wax is just as potent as shatter. Just ask Miley Cyrus, who once thought she had a close encounter with a UFO while traveling with a friend through Southern California. Or, as she admitted, maybe it was the wax she purchased beforehand from a guy in a van.

This difference in molecule arrangement within these two types of weed concentrates leads to other differences, such as:

Weed shatter is most famous for its high THC content. However, you will also find a variety that is very low on THC and high in CBD. Concentrate makers who produce this type of cannabis shatter market it primarily to users who want the potential therapeutic and medical benefits of marijuana without the intoxicating effects.

How to Use Weed Shatter

Like other types of cannabis extracts, consumers often use a dab rig to smoke shatter. This is a special type of bong designed to burn concentrates instead of dried and cured weed. However, unlike the regular bong, it contains a dome and a nail, which are essential for smoking shatter.

To use it, you first need to heat the nail and then place your weed shatter on the heated nail before covering it with the spherical glass piece or dome. The hot nail will vaporize the shatter, which will turn it into smoke. The purpose of the dome is to keep all the smoke from floating off into space.

You inhale through the dab rig’s mouth, which draws the vapor through the water chamber and into your lungs. Instead of a dome, some dab rigs feature a carb cap that you place over the hot nail. The carb cap creates a tiny oven that allows users to vaporize the shatter at lower temperatures. Some prefer this method since they believe that it produces a more enjoyable and smoother dabbing experience.

Other ways to smoke weed shatter include:

Some cannabis shatter can contain a whopping 80 percent or even higher of THC. That is more than three times the content in some of the strongest traditional marijuana strains. That is a lot of power in a small package. Many users report almost instantaneous effects and intense highs. Therefore, if you are new to cannabis concentrates and are considering trying weed shatter, do not inhale too deeply. Also, you do not want to hold the vapor too long in your lungs. This will prevent you from experiencing a bad trip.